As a young teacher I used to peer out at the little people before me and even prior to having any babies of my own, I tried to keep in mind that those little beings were somebody else’s precious babies and that I needed to treat them as such. After I had my own children, I felt this even more intuitively.

Many five year olds entering Kindergarten bring their imaginary friend to school with them. As a teacher, I would set extra places for these friends, offer them snacks and give them a push on the swing with as much verve as I would their real counterparts.

My son Max had one such friend. Mike. However, after spending three or four years with us, he was suddenly gone. I missed Mike immediately. Even though on hurried days it was difficult to clear an extra car seat for him and buckle him in too, even though I almost missed catching him fall off of the playground glider, and even though I tossed his uneaten food in the dog’s lunch after every meal, I was so sad when he left us.

Why is it that some children have these friends while others do not? I am not certain. What I do know is that I am grateful for Max’s Mike. I invite you to offer me your thoughts on imaginary friends. 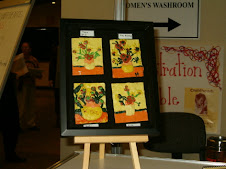